In Memory of
Ronald Arthur
Irwin
1940 - 2018
Click above to light a memorial candle.
Memorial Candle Tribute From
Armstrong Funeral Home Limited
"We are honored to provide this Book of Memories to the family."
View full message >>>
Send Flowers
Menu 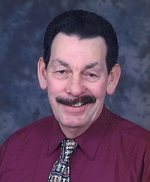 Passed away peacefully with his family by his side on Sunday June 17, 2018 at Lakeridge Health Oshawa, in his 79th year.

Ronald was a hoisting engineer at LASCO Steel for over 37 Years, a career that he truly enjoyed.

Funeral Mass will be held at St. Gertrude’s Roman Catholic Church Oshawa on Thursday June 21st at 11:30am.
Interment will be held on Friday June 22nd at 1:00PM at the Sacred Heart Cemetery in Bedford, ON.