To share your memory on the wall of Daniel Dillon, sign in using one of the following options:

It is with love in our hearts that we announce the passing of our father Daniel Philip Dillon on Sept. 20, 2020, at the age of 95 years. ... Read More
Dillon, Daniel Philip

It is with love in our hearts that we announce the passing of our father Daniel Philip Dillon on Sept. 20, 2020, at the age of 95 years. Dan is predeceased by his 1st wife, Elizabeth (Betty) Joan Tabitha Greenley (died 1976); 2nd wife, Loretta Mayhew Cannon (died 2013) and eldest son Philip Dillon (died 1989). Dan will be lovingly missed by his son Neil, daughter Kathy (Gord) and son Jack (Sylvia), as well as his many grandchildren, great-grandchildren, siblings, extended family and friends.

Born in 1925, in a small cabin in Maynooth, ON, his life as a child was typical of the times. The family lived on a farm and Dan learned very young the responsibilities of caring for a large family, he was the eldest of 16 children. School was in a one room schoolhouse where he made a nickel each week for going in early and starting a fire to heat up the classroom before everyone else arrived. He then started working at the age of 12 in logging camps to help support his family.

In 1951, he married Betty (Elizabeth Joan Tabitha Greenley) and had 4 children. While raising his family, Dan enjoyed camping on Mississippi Lake and in 1962 Dan and Betty bought a cottage on Kasshabog Lake, where they enjoyed many summers making memories with family and friends.

At the age of 31, Dan started Judo which turned into a lifelong passion. He was a champion Judoka that turned his passion to coaching, opening Dillon Judo Academy in 1971. Many Judoka became champions due to his coaching. He had such a special touch with children that a local doctor would send his pediatric patients to Dillon Judo Academy so Dan could work with them. He would bring them out of their shells and build their confidence!
Betty passed on August 16, 1976 on Dan’s 51st birthday. A few years later, Dan met Loretta Mayhew Cannon at a barn dance in Maynooth, ON. They married in 1982 and continued to live in Maynooth. This brought together a very large blended family with many grandchildren who added much happiness to their lives. Eventually, Dan and Loretta settled in Peterborough, ON, where they lived happily for many years. After Loretta’s passing in 2013, Dan remained there until he was 94 years old. Dan spent his last year in Fosterbrooke Long Term Care Home, in Newcastle, ON so he could be close to his family until he passed in his sleep on September 20, 2020 at the age of 95 years.

“May the road rise up to meet you, May the wind be always at your back, May the sun shine warm upon your face, May the rain fall softly on your fields, And until we meet again, May you keep safe in the gentle loving arms of God.”

Due to Covid-19 restrictions, the usual funeral process will be reduced to Mass at St. Gertrude Church in Oshawa on Thursday September 24th at 11:00am, followed by a private graveside burial. If you wish to attend the funeral, please register at www.armstrongfh.ca. Masks are required. If desired, memorial donations may be made to the Alzheimer Society. Online condolences may be left at www.armstrongfh.ca
Read Less

Receive notifications about information and event scheduling for Daniel

Donations are being accepted for: ALZHEIMER SOCIETY OF CANADA - SOCIETE ALZHEIMER DU CANADA.

We encourage you to share your most beloved memories of Daniel here, so that the family and other loved ones can always see it. You can upload cherished photographs, or share your favorite stories, and can even comment on those shared by others.

Posted Oct 06, 2020 at 07:25pm
I’m so sorry for your loss, thoughts and prayers are with you and your family.I went to Dillion Judo as a child and a teenager, he made me a champion I was second in all Ontario.I was one of the first girls to go to the Japanese Centre I believe was in Toronto.He would drive us many times to tournaments, my brother also attend his Dojo. Our Sincere Condolences Sue Castilloux Boone And Mike Castilloux
Comment Share
Share via:
CL

Posted Sep 24, 2020 at 09:12pm
The van Lith family sends their sincere condolences to you as a family, on the loss of your dear father Dan. Dan was the room mate of my husband Andy, who passed away on August 30th of this year.
Unfortunately, I can not come to the funeral of your dad, as I landed in Oshawa Hospital with a broken hip just before Andy passed away, and while there, I was sure that I heard Dan's voice, he seemed in pain, I wish that I could have gone to him then. Both Dan and my husband have been reunited again up in heaven, a much better place, may their souls rest in peace.
Corry van Lith, Orono.
Comment Share
Share via:
TC

Posted Sep 23, 2020 at 04:30pm
So sorry for your loss Jack and your entire family. Your dad was a great guy. Glad we had the pleasure of knowing him.
Prayers are with you and your family.

Posted Sep 23, 2020 at 02:36pm
Dan will be sadly missed by all his family, including his step daughters, Yvonne, Kayla, Marlene, Wanda and Sandra as well as their husbands, grand children and great grandchildren. Rest in peace. 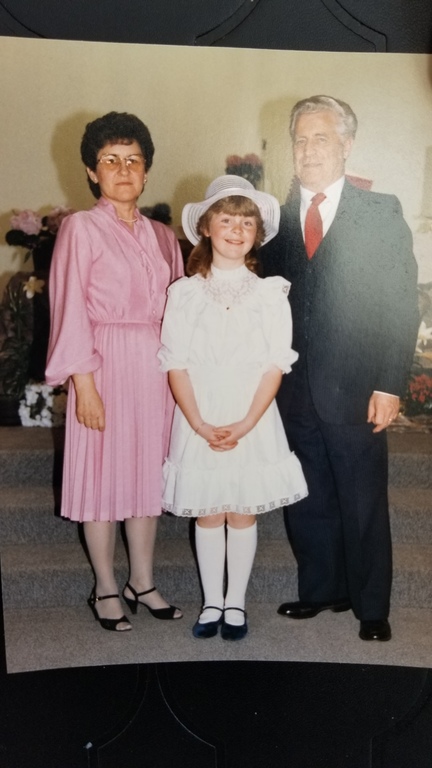 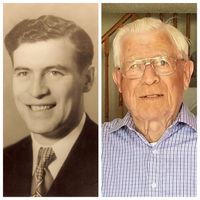 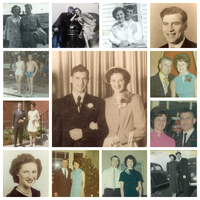 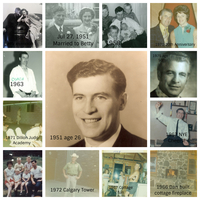 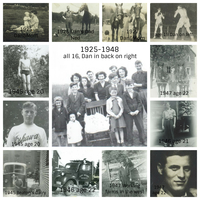