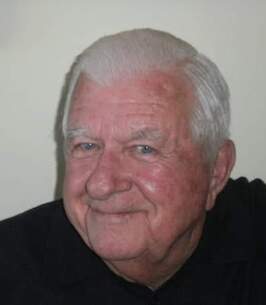 It is with great sadness that the family announces the peaceful passing of William HOWARD Souter, age 96, at Lakeridge Health Oshawa in the early morning of April 30, 2021. He was preceded in death by his parents Muriel Souter and William Souter; his sister Audrey Thompson and her husband Ernie, his first wife for 51 years Norma (Dodd) and his step-daughter Sandra Burnett and her husband Steve. He will be greatly missed by his wife Marilyn (Smith), his children Lee Anne Bentley (Ron), Grant Souter (Mary) and Gail Chadwick (Gary); his stepchildren Diane Arsenault (Roy), Rick Smith (Michelle), Fred Smith (Susan), and Cheryl Smith; his grandchildren Michelle Ulch (Mark), Angie Briden (Shawn), Melissa Grieve (Jimmy), Tennille Csanyi, Troy Jenkins (Jessica), Grant Souter Jr. (Erin); and 15 great-grandchildren.
Howard served in World War II. He was honoured to have a poppy on his licence plate and to have a banner displayed in Downtown Whitby for the last three years honouring his service.
Howard was one of the founding owners of Dodd and Souter Paint and Wallpaper which later became Dodd and Souter Décor Centre in Whitby and Souter’s Variety and Gifts in Coboconk.
Howard was a past-president of the Kinsmen Club of Whitby and a member of the Whitby Royal Canadian Legion #112, Coboconk Royal Canadian Legion #519 and Oshawa Royal Canadian Legion #637.
The family would like to thank the staff at Livita Centennial Retirement Home (formerly Chartwell Centennial Retirement Home), Dr. D’Angelo, and the nursing staff at Lakeridge Health Oshawa for the care they gave Howard prior to his passing.
A private burial service will be held on Tuesday, May 4, 2021.
In lieu of flowers, donations can be made in Howard’s memory to the Royal Canadian Legion (Branch # of your choice) or the War Amps.