To share your memory on the wall of James Roy, sign in using one of the following options:

With heavy hearts and overwhelming sadness, we announce the passing of James Duncan Roy in his 82nd year. After a valiant fight, Jim passed away on Sunday, September 6, 2020 with his family by his side.

With heavy hearts and overwhelming sadness, we announce the passing of James Duncan Roy in his 82nd year. After a valiant fight, Jim passed away on Sunday, September 6, 2020 with his family by his side.

Jim was the beloved husband and soulmate of wife Stephanie Roy.

A graduate of Ryerson University, Jim went on to be the proud owner of Dunedin Construction and later Duntri Construction. Jim was involved in community as a member of the Kiwanis Club of Oshawa and the Oshawa Navy Club. He served as President of the Durham Builders Association and then President of (OSWCA) the Greater Toronto Ontario Sewer and Watermain Contractors Association.

Jim was incredibly proud of his two daughters and five grandchildren; Sue (Dave) Maquignaz and their children Ben and Brooke, and Carey (Dave) Fair and their children Riley, McGregor and Berkley, as well as his brother Alan Roy and his children Kevan, Ashley and Robbie. He was adored by his in-laws; Monica (Michael) Semeniuk, Anita (Tony) Russo, John (Jo-Ann) Wrobel and Halena MacDonald and all his nieces and nephews.

Jim enjoyed a full life of travelling, boating, golfing and socializing with friends. We will miss Jim’s laughter, his mischievous sense of humour and of course his love of the Toronto Argos.

“Life” is a gift to you. The way you live your life is your gift to those who come after. Make it a fantastic one. Live it well! And Jim did just that.

A Celebration of Life will be held at a later date to share memories of Jim’s life.

Memorial donations may be made to the Oshawa Navy Club. Online condolences may be left at www.armstrongfh.ca
Read Less

Receive notifications about information and event scheduling for James

Donations are being accepted for: Oshawa Navy Club.

We encourage you to share your most beloved memories of James here, so that the family and other loved ones can always see it. You can upload cherished photographs, or share your favorite stories, and can even comment on those shared by others.

Posted Sep 12, 2020 at 12:40pm
Dear Stephanie and Family,
I am so sorry for your tremendous loss. I hope your wonderful memories give you strength during this most difficult time. Jim was loved by all who knew him.
Barbara Westfall
Comment Share
Share via:
W

Posted Sep 10, 2020 at 11:12am
Sorry to hear of the passing of Jim. Jim was always a fun person and we always enjoyed sitting with you guys at the Kassinger Christmas party. Wanda and Eddie Derlatka
Comment Share
Share via:
SR

Posted Sep 09, 2020 at 09:37am
He always brought a smile to our face. We have a lot of pleasant memories. Love to Stephanie and family.
Comment Share
Share via:
SJ

Posted Sep 09, 2020 at 07:34am
Sincere sympathy to Stephanie and the family. So many fond memories of Jimmy and my brother Jerry Jackman many years ago. 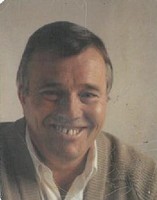