To share your memory on the wall of Lionel MacIsaac, sign in using one of the following options:

Provide comfort for the family of Lionel MacIsaac with a meaningful gesture of sympathy.

Receive notifications about information and event scheduling for Lionel

We encourage you to share your most beloved memories of Lionel here, so that the family and other loved ones can always see it. You can upload cherished photographs, or share your favorite stories, and can even comment on those shared by others.

Posted Jan 01, 2020 at 07:28pm
Mary and Family:
It is with sadness to learn of Lionel ‘s sudden passing. We will always remember the great times we had at
Big Pond and there were many.
Please accept our sincere condolences and May Lionel Rest In Peace.
God Bless you all.
Billy and Raylene MacEachern
Calgary
Comment Share
Share via:
BP

Posted Dec 21, 2019 at 05:28am
Condolences to the MacIsaac family. I grew up in their neighbourhood with Lionel and Ronald always around except through most of the summer when they went off to the country. We lost our friends until school started. Though has been more than 50 years since I have seen the family, I remember them well.

Posted Dec 20, 2019 at 01:28pm
I was so sorry to hear about Lionel, Know that Lorna, Robert their families and Mary you are in my prayers.
Comment Share
Share via:
DM

Posted Dec 19, 2019 at 09:00pm
Mary, it was only last week I was thinking of the two of you and saying I hadn't talked to you in so long. I was shocked and saddened to read of Lionel's passing this evening. May he rest in peace and may you hold all your memories close in your heart. Debby Moores Macdonald
Comment Share
Share via:
JP

Posted Dec 19, 2019 at 08:42am
Dorita I am so sorry to read this today. My thoughts and prayers are with the family at this most sad and difficult time. Take care
Comment Share
Share via: 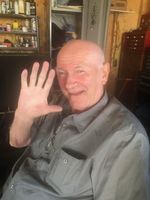 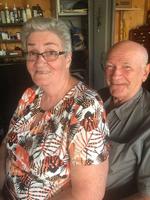