To share your memory on the wall of Philip Zwicker, sign in using one of the following options:

Receive notifications about information and event scheduling for Philip

We encourage you to share your most beloved memories of Philip here, so that the family and other loved ones can always see it. You can upload cherished photographs, or share your favorite stories, and can even comment on those shared by others.

Posted Aug 22, 2020 at 07:45am
So sorry to hear of your loss of your dear husband, father, grandfather and great grandfather. Thinking of you all today with love and prayers. Barbara Anderson
Comment Share
Share via:
LC

Posted Aug 21, 2020 at 11:13pm
So sorry to hear of your loss of a great father, husband and grandfather. He will be greatly missed. Our sincere condolences.💕💕
Comment Share
Share via:
BL

Posted Aug 21, 2020 at 05:53pm
We are so sorry to hear of Philip's passing. While we really didn't know him well he would always stop for a chat around the green box. A lot of the stories were about fishing, a subject he seemed to love, stories of his army days, stories of back home. He liked to see the kids around the court and always carried treats for the dogs on the court.

Posted Aug 21, 2020 at 07:58am
My sincerest condolences to Thelma. Dave,Bev,Shelley and Natalie. Had many fond memories of being neighbours and friends. I know Phil's in a much better place with the Lord.
Praying and thinking of you all. Love Linda Watson Hargreaves
Comment Share
Share via: 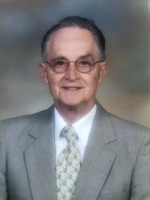 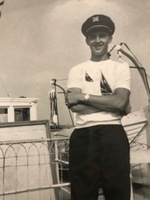 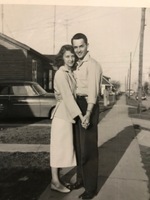