To share your memory on the wall of Douglas Crossley, sign in using one of the following options:

Provide comfort for the family of Douglas Crossley with a meaningful gesture of sympathy.

Canada’s handsome smooth singing baritone and entertainer, passed away peacefully at Lakeridge Health Oshawa on Friday March 22, 2019, at the age of 83.

Doug, grew up in Oshawa with his family... Read More
Douglas Crosley (Crossley),

Canada’s handsome smooth singing baritone and entertainer, passed away peacefully at Lakeridge Health Oshawa on Friday March 22, 2019, at the age of 83.

Doug, grew up in Oshawa with his family where he began singing at the age of 6 at Sunday school and in the St. Andrews church choir. While working at GM in Engineering, he won a local talent show singing “A White Sport Coat with a Pink Carnation”, the rest is history. He began his television career in the late 50s guesting on CBC’s “Country Club, Holiday Ranch, Swing Easy and the Canadian Hit Parade”. In the 60s, he moved to Winnipeg to star and host the show “Swing Along” where he met and married his late wife Jean (Gray) and began his family. His big break was singing at the Brooklyn Theatre on the Bell Telephone Hour in NYC, he then signed with RCA Victor where he recorded his first album “A New Star In Town”. Doug appeared on numerous national television shows “Juliette and Friends, Johnny Carson, Mike Douglas, Merv Griffin”. He headlined numerous nightclubs and starred in lead roles on “Oklahoma, Bye Bye Birdie, Guys and Dolls, and Brigadoon”. Doug’s well-rounded talent also led to emceeing numerous Industrial Car shows for GM and Chrysler across North America. Doug’s favourite time in the 70s was when he had his own television show called “The Doug Crosley Show” on CBC, produced in Winnipeg. In the 80’s he sang and hosted “Stars On Ice” for CTV. In the 90s he continued entertaining in the USA with big bands from Palm Springs to south Florida while he enjoyed his warmer winters. Doug’s summer home was in Lakefield where he spent the last many years enjoying the view of Chemong Lake with his special lady and partner Mary Elliott. Doug’s voice was a gift that just kept giving and getting better. He had many friends, extended family and dear colleagues in the entertainment industry. A special thank you to his home palliative care team and hospital staff on 4F. Loving father of Nancy, son-in-law Carl, and predeceased by his son Guy. Grandfather of Hannah, Tyrah, Alexa and Mitch.

A Celebration of Life will be held at the Armstrong Funeral Home, 124 King St.E., Oshawa on Monday March 25th at 3 pm.
In lieu of flowers, donations to the R.S. McLaughlin Cancer Centre or the Salvation Army would be appreciated. To place an online donation or condolence please visit www.armstrongfh.ca.
Read Less

Receive notifications about information and event scheduling for Douglas

Donations are being accepted for: R.S. McLaughlin Regional Cancer Centre.

We encourage you to share your most beloved memories of Douglas here, so that the family and other loved ones can always see it. You can upload cherished photographs, or share your favorite stories, and can even comment on those shared by others.

Posted Mar 30, 2019 at 09:59am
I was a childhood friend of Doug's first wife Jean . They were married in our church in Selkirk . I only met your Dad once but he and Jean were certainly sweehearts. My condolences to all on the loss of both your parents.
Jean Oliver
Selkirk Manitoba
Comment Share
Share via:
JL

Posted Mar 25, 2019 at 09:28am
Dear Nancy, Carl, Hannah, & Tyrah, We are sending you heartfelt condolences on the passing of your beloved father. With our love, Judy &Cliff Librach

Flowers were purchased for the family of Douglas Crossley. Send Flowers

Posted Mar 24, 2019 at 06:44pm
Nancy we are so sorry to hear this news. His voice was as strong as ever only a few months ago when he sang for you and Carl. I hope they have a microphone ready for him in heaven. Love to you and Carl and the girls. Jacquie and Stephen
Comment Share
Share via:
JB 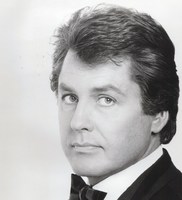 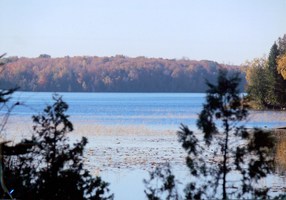 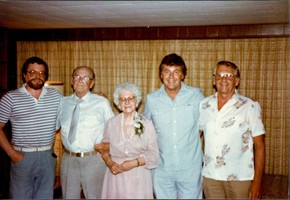